There’s a nice story that Bach’s 30 variations on a charming little ‘aria’ were composed to soothe the insomnia of the former Russian ambassador to the court of Saxony – but it almost certainly isn’t true!

No-one, surely, would fall asleep during the unfolding brilliance of the Goldberg Variations, now regarded as one of the pinnacles of the keyboard repertoire and the supreme technical challenge for any harpsichordist. Acknowledged as one of the world’s leading Bach performers and scholars, John Butt is the perfect choice to perform this masterwork in Humbie’s lovely little church.

'I can't ever remember hearing a finer Bach recital than this one. John Butt's playing combines virtuoso flair with tasteful ornamentation and a feeling for the music's atmosphere.'

Secluded in a little valley by Humbie Burn just to the north of the hamlet of Humbie, this charming little church was built on the site of a pre-Reformation church in 1800.

The T-plan Gothic building designed by James Tod was altered and expanded by David Bryce in 1866. The chancel was added in 1932.

The east window, depicting scenes from the life of King David, was designed by Douglas Strachan (who designed the glass in the Scottish National War Memorial at Edinburgh Castle) in 1950.

The organ, by the Edinburgh builder David Hamilton (c 1840), came originally from the Norwegian Seamen’s Chapel in Leith. 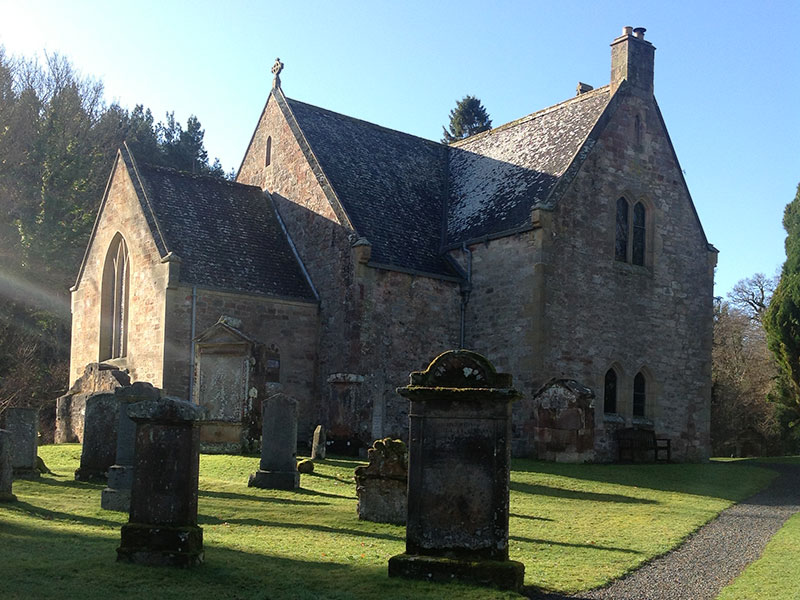 The nearest main road is the A68 Edinburgh – Borders route. Heading south from Edinburgh direction, turn left at the B6457 at Fala Village and join the B6368 which goes through Humbie Village. The church is signposted. Heading north towards Edinburgh, turn right on the B6368.

Free car park by the church. Overflow parking back in the village. Leave time to walk to church

Toilets:
No toilets in the church. It is a short walk to the adjacent hall where male and female toilets are available.