The amazing, elaborately painted Arts and Crafts interior of Chalmers Memorial Church makes a wonderful concert setting. Shostakovichâ€™s â€˜warâ€™ quartet was composed in 1946 in the threatening shadow of Stalinist screws being tightened on Soviet artists. In contrast, Beethovenâ€™s friend Czerny said that the transcendent slow movement of the second Rasumovsky quartet was inspired by the starry sky and the music of the spheres â€“ rapturous music to hear in this beautiful building.

Construction began on Chalmers Memorial Church (originally a United Free Church, now Church of Scotland) in 1904 on land purchased from the Earl of Wemyss, to a design by the Scottish architect Sydney Mitchell.

The church is one of several in Scotland named after Dr Thomas Chalmers, one of the leaders of the 'Disruption' of the Scottish church in 1843.

This was the great schism caused by a dispute over the church's relationship with the state, and Chalmers was the first moderator of the breakaway group that became the Free Church. The foundation stone was laid by his grand-daughter and services began on April 1, 1905.

The A-listed church building with its many Arts and Crafts features has remained virtually unchanged since that day. Its carved timbers as well and unique, elaborate stencil work reflect the character of the fishing village of Port Seton and the history of the church.

The windows are by Margaret Chilton and Marjorie Kemp, two distinguished stained glass artists, committed to the principles of the Arts and Crafts movement, who met at the Glasgow School of Art and set up a studio in Edinburgh together in 1922. 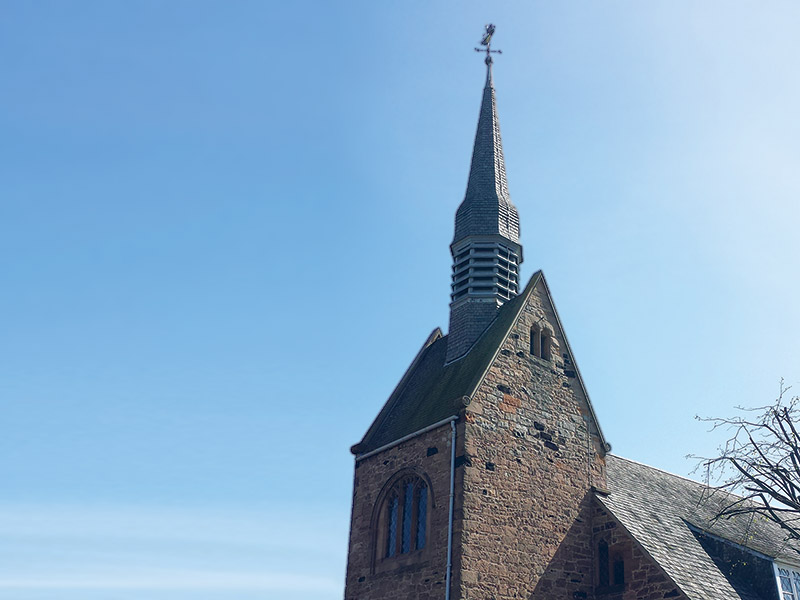 On street parking. There are 3 spaces we can cone off for blue badge holders at the side of the church. Please email admin@lammermuirfestival.co.uk if you require one of these spaces. Subject to availabiloty, and forst come first served. There is also -on-street car parking on the main road and in the town.