Music and Film at Concorde

This is a promenade event 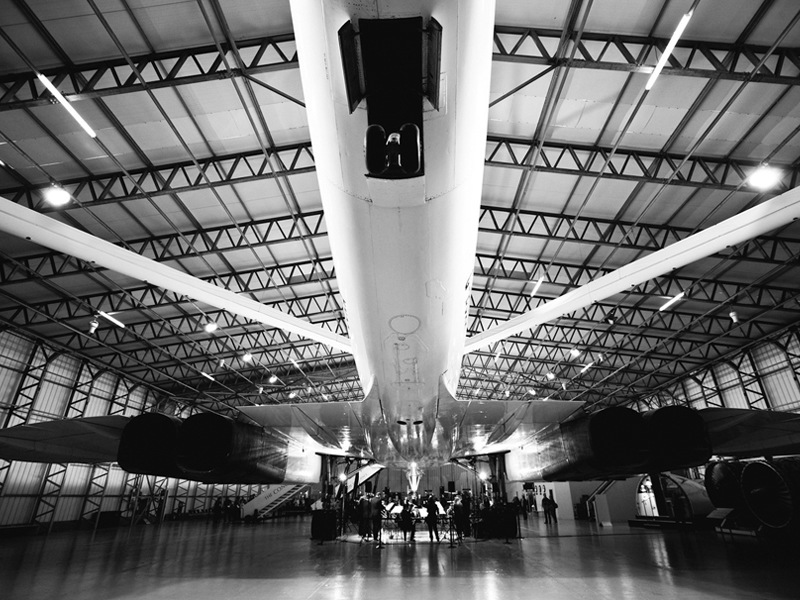 The Concorde Hangar is the stunning setting for a concert in which visual images join music to spectacular effect.

Edgard Varese’s Deserts (1954) is a monumental work which explores the inner deserts of the mind as well as of land and sea.Varese’s powerful music is accompanied by a film specially created by the visionary American video artist Bill Viola.

"Red Note's latest appearance, as part of the City of London Festival, confirms that they are a very special group of musicians indeed... they displayed finesse, sensitivity, and - most of all - a level of concentrated energy which caused the music to rip through the air like a rocket burning its way through the Earth's atmosphere."

The National Museum of Flight is part of the National Museums of Scotland. The museum is housed in the original wartime buildings of RAF East Fortune which is one of the best preserved wartime airfields in the UK.

The hangar housing Concorde G-BOAA includes a display on the history of this fascinating aircraft as well as parts of other passenger aircraft.

From Edinburgh: follow the A1 south exit at Abbotsview Junction. Take second exit from roundabout onto A199 for East Linton. After approximately 2.5 miles, turn left onto B1347 and follow the signs for the National Museum of Flight.