Including music by John Dunstaple, Gilles Binchois and Guillaume Dufay 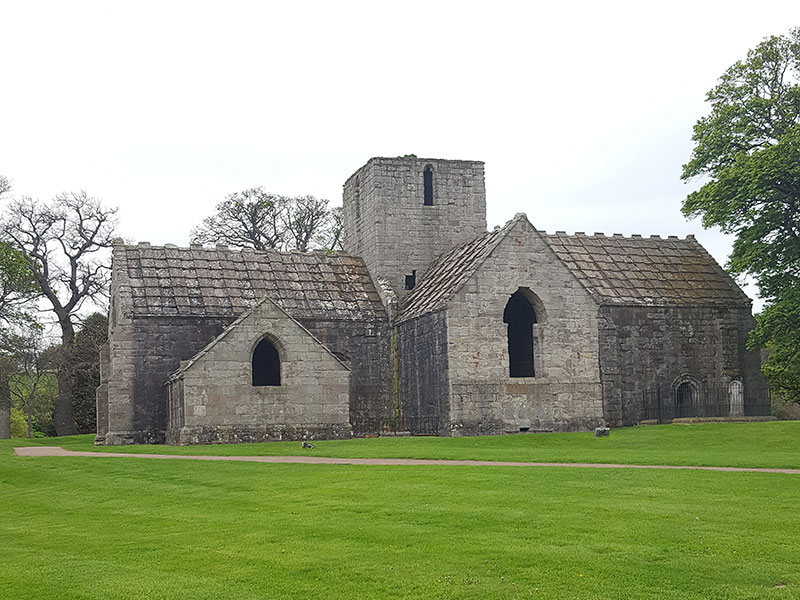 Dunglass is partially ruined but retains a beautiful acoustic. The Orlando Consort present a beautiful and intimate programme of music that may have been heard throughout the earliest years of the Collegiate Church of St Mary the Virgin.

In between stunning Scottish pieces (anon and Robert Carver), the Consort will sing music by foreign composers – including John Dunstaple, Gilles Binchois and Guillaume Dufay – whose music is known to have been enjoyed by successive Scottish Kings in the 15th century.

The programme will also include a talk about East Lothian’s collegiate churches of which this is a splendid example.

The Orlando singers were models of focused intonation and textural transparency: every line was clearly heard, yet the blend was solid and rich.

Scotland’s collegiate churches, several of which were built in the Lothians, date mostly from the 15th Century. They were typically founded on the estates of wealthy aristocratic landowners who endowed them sufficiently to support a small ‘college’ or community of priests. The primary (and probably not very onerous) task of these clerics was to pray for the souls of the owner and his family and thereby ensure their entry to heaven.

Dunglass Collegiate Church lies at the far eastern edge of East Lothian near Cockburnspath. It was founded by Sir Alexander Home in 1444, its founding charter confirmed in 1450 by both King James II and the Pope. Its original establishment comprised a provost, three chaplains, and four boy choristers but by the start of the Reformation in 1560 the college had grown to include twelve priests as well as the choristers. The first phase of the building consisted simply of a nave and a choir with a sacristy off the choir but North and South transepts and a tower above the crossing were built by the early 16th Century.

The church was defended against the savagery of Henry VIII’s marauding army in the ‘Rough Wooing’ of the 1540s, but the arrival of the Reformation in 1560 hastened the end of the collegiate church system and, in common with the others, Dunglass was stripped of all decoration and statues though it remained in use as a church until the 18th Century. It was then converted into a barn, the large east window and the stonework below it being removed to create a door. In 1807 the estate was acquired by the antiquary Sir James Hall, who then built nearby Dunglass House and turned the south transept of the church into his family’s burial aisle. In 1919 the Dunglass estate was bought by the Usher family and today the church is approached through the grounds of the new Dunglass House, built by the Ushers in the 1950s to replace the 1807 house which had been demolished after a fire in 1947.

Dunglass Collegiate Church is now a magnificent ruin, remarkably complete but with no glass in its windows, still scarred by the barn conversion of the 1700s. But the stone-vaulted roofs have ensured that most of its structure remains intact, allowing us to appreciate the beauty of the building and see the many grave markers still on view. Knights Templar Crosses are inscribed in a number of places on the interior walls, but as no link is known between the church and the Knight's Templar it is likely that the crosses were added in recent centuries, possibly by Sir James Hall, to give the church more of an air of mystery.

Please note
This is a ruined building and while it is safe, has a roof and is frequently used for public events, does not have doors or windows which means that even on a fine day it can feel fresh. You are advised to bring a blanket. It does not have any toilet facilities. 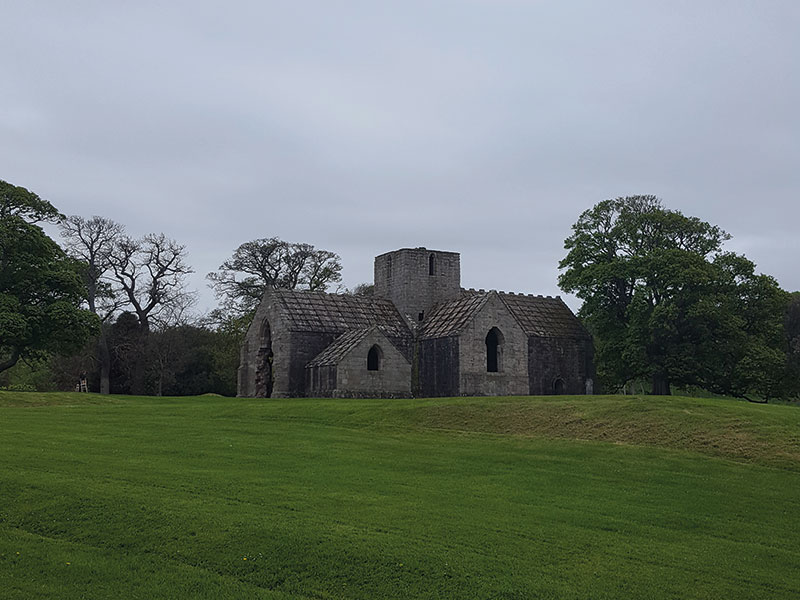 The nearest train station is 8 miles away in Dunbar