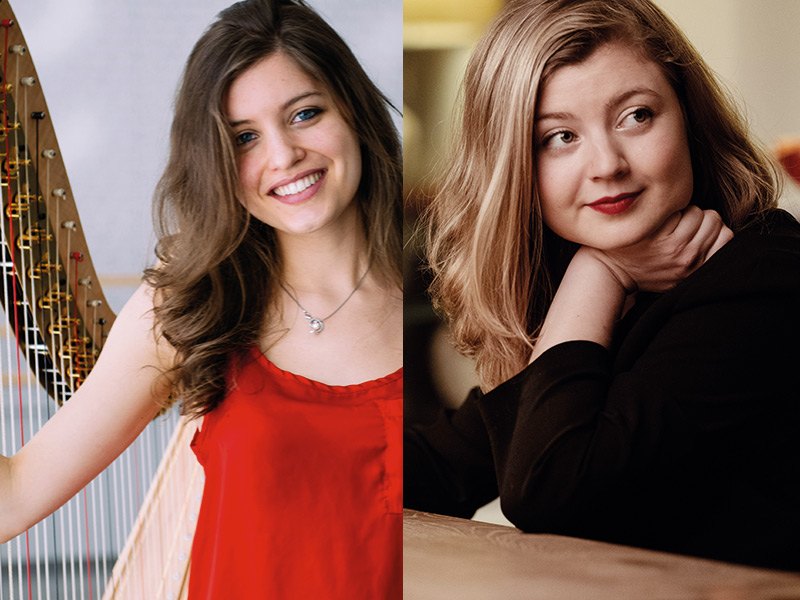 A late night concert featuring the ravishing sound of two harps in St Mary’s wonderful acoustic! Played by two of Europe’s most brilliant young harpists – Emily Hoile and Marion Ravot, both alumnae of the Berlin Philharmonic Academy – Stockhausen’s tour de force, written for Milan Cathedral and formed around the Latin hymn ‘Veni Creator Spiritus’, promises to be an unforgettable event.

The harpists themselves vocalise the text, their voices mingling with the shimmering kaleidoscope of sound produced by their instruments.

Appreciating a sophisticated composition brilliantly executed was only natural. But if you gave yourself over to Stockhausen's calculated mix of ritualistic vocals and the harps' intrinsic glamour, the peculiar divinity he envisioned seemed almost within reach.'