The Ryder Cup in 2014, the Commonwealth Games in 2014, Homecoming Scotland 2009, The MOBO awards, The MTV awards:  all of these are major events which have huge  international reach.  How is Scotland so successful in attracting these events?  The answer is EventScotland. 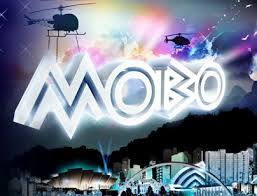 Devolution has led to a lot of strategic thinking about how to exploit Scotland’s assets to underpin the nation’s economy.  Shortly after the inauguration of the Scottish Parliament a nation events strategy was commissioned which led to the creation of a small and dynamic agency to work with Scotland’s events sector to attract the very best events to Scotland and to nurture Scotland’s own events to the highest possible standard.  It’s Strategy is entitled Scotland – The Perfect Stage

EventScotland runs two schemes.  The first, which supports Lammermuir Festival aims to nurture Scottish Events towards sustainability and strategic development.  The second aims to develop events of international stature and attract events of the calibre mentioned above to Scotland.  The key word is strategy. EventScotland is designed to provide short-term interventions.  It cannot and does not want to be a long term core funder: that role belongs to Local Authorities and other agencies such as Creative Scotland.

There is an interesting contrast between sporting events and cultural events.  While equally important they operate in completely different ways.  Sporting events such as the Commonwealth Games and the Ryder Cup are nomadic.  They can be bid for, but are one-offs.  Cultural events such as the Edinburgh Festivals are static and need long term investment to deliver the benefits which they undoubtedly offer.  This is something which is being examined very closely by EventScotland, Creative Scotland and the Scottish Government as we head towards 2012 and the Year of Creative Scotland.