Half price concession for children and students in full time education 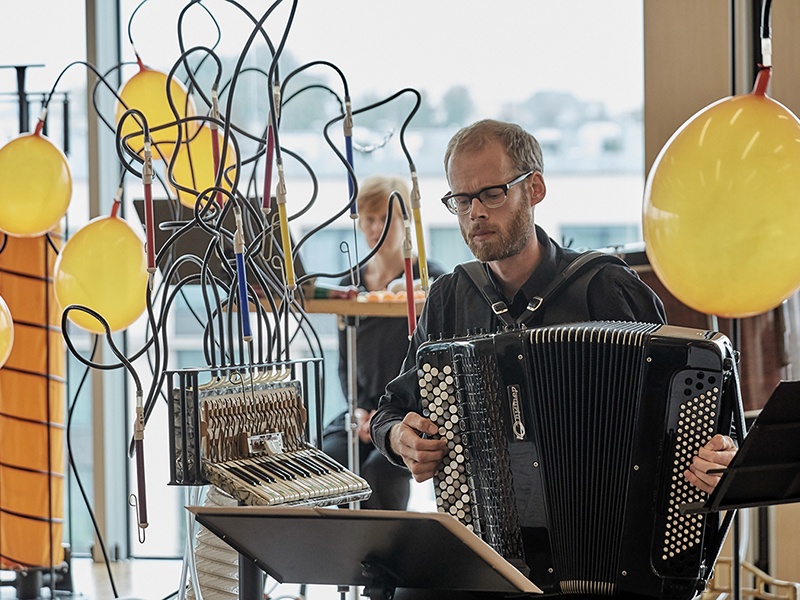 Aeolian, by Norwegian composer Maja S K Ratkje, artist Kathy Hinde and Danish accordionist Andreas Borregaard, combines newly-designed air-powered instruments with live musicians to create a new part performance, part kinetic-sculptural work. Inspired by the ‘breath’ of the accordion, Aeolian places Borregaard and his instrument at the centre of the work, both physically and musically.

'With bizarre air-driven contraptions – bellows, fans, snaking tubes and expanding concertinas... Aeolian was an exquisite examination of sound, music, breath and air... lyrical and playful... and utterly bewitching from start to finish'

East Linton’s octagonal timber auction mart dates from about 1900, and is one of the few remaining auction halls of its type, for the sale of cattle, pigs and sheep, in Scotland. Similar buildings, of a form favoured in the south of Scotland for livestock sales, can be found at Newton Stewart, Lockerbie, Castle Douglas and Reston.

The site, close to the railway (which arrived in East Linton in 1846), was bought by agricultural pioneer Thomas Mitchell Innes from local farmer George Rennie, whose engineer brother John Rennie built London Bridge. Innes’s intention was to start a market that could capitalise on the new railway’s proximity, and the present structure thrived until East Linton station closed in 1963. Having fallen into disrepair it was recently saved for the community and restored as a public resource. 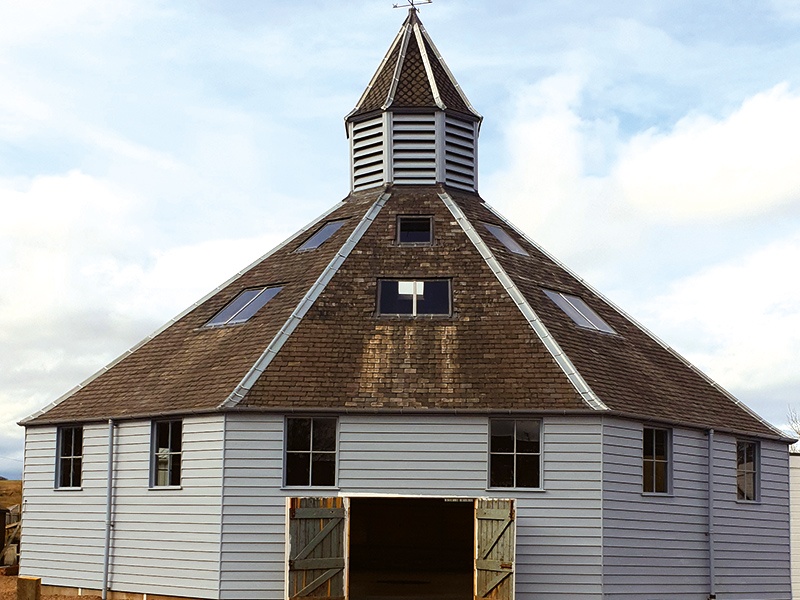