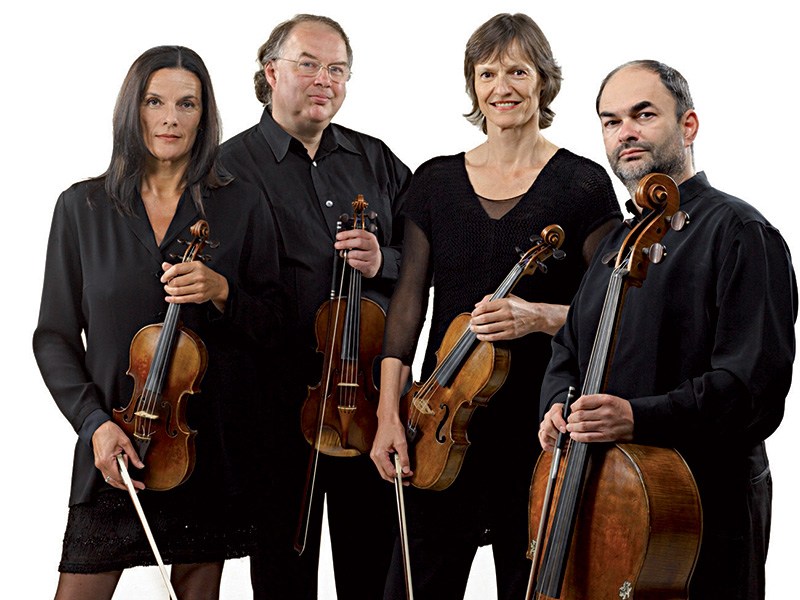 “Regarded as the world’s leading string quartet playing on instruments of the period, Quatuor Mosaïques perform at the world’s finest concert halls and festivals. Their performances have a wonderful sense of spontaneity which makes their core repertoire of Mozart and Haydn sound freshly minted. We are privileged to be able to hear their life-enhancing music-making in three programmes.

Haydn’s Opus 20 string quartets are regarded as the first truly great works to justify calling him the ‘father of the string quartet’. Their musical variety seems endless – the C major quartet unexpectedly opening with a cello solo and ending with a four subject fugue. The Opus 33 quartets were written ten years later and just before Mozart’s amazing 6-quartet homage to Haydn. The ‘Dissonance’ is the last of these, taking us on a remarkable journey from its mysterious opening to its exuberant finale.”

'I can think of few more enjoyable experiences than listening to the Quatuor Mosaïques playing Haydn, Mozart and Beethoven string Quartets.'

'Their timing, co-ordination, scrupulous balance, incredible texturing that lets the light stream through, and seamless integration are beyond scientific explanation. They are magicians of unquantifiable skill and experience, and what they do beguiles the eye, the ear and the mind.'

Baldred (Balthere) was an Irish-born Northumbrian abbot and hermit who is thought to have died around 756 AD having settled in East Lothian and founded a monastery at Tyninghame.

Often referred to as the ‘Apostle of the Lothians’ a cult venerating him developed in the area between East Linton and North Berwick.

A number of places in East Lothian bear his name, including a ruined 16th century chapel on the Bass Rock, thought to have been built on the site of his hermitage.

North Berwick’s unusual, Norman-style Episcopal church was designed by John Henderson in 1861 and extended a number of times after that, notably in 1890 when a large south aisle with a second apse was added. 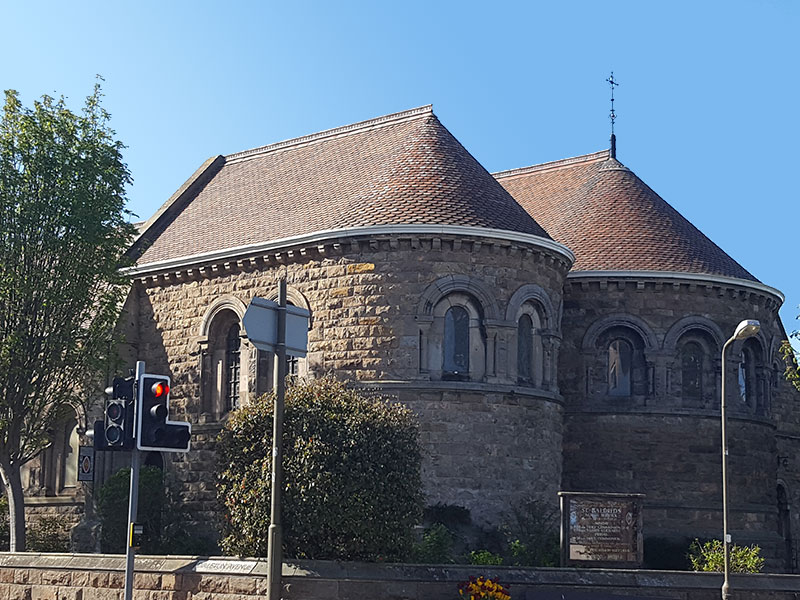 Train station is just by the venue.

The venue is right on the A198 coming into the town from the west.

On-street parking in and around the town. No parking on A198.

Level path from pavement to church, including a ramp.

Toilets:
Toilets are very good and are unisex (3) with one disabled in addition.