Red Note At The Granary

New Work
The Life and Death of 9413, a Hollywood Extra
The Lighthouse Keepers

Kindly supported by the French Institute for Scotland 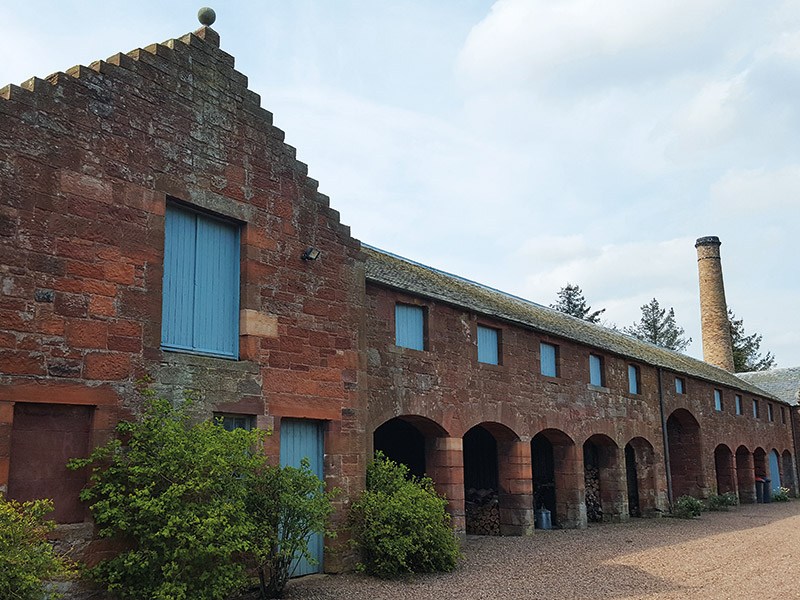 In the depths of East Lothian’s picturesque farmland, the Granary at Eastfield’s lovely 18th-century steading is an exciting new space for the festival. Red Note inaugurate it with two highly dramatic pieces by one of Britain’s most original composers.

The 1928 silent film The Life and Death of 9413 is a pioneering work of avant-garde cinema for which David Sawer has composed a wonderfully atmospheric score. The Lighthouse Keepers is a terrifying story of a keeper and his son trapped in their lighthouse, portrayed in the manner of a radio play for two actors with highly-coloured and tension-filled music.

The Parish of Whittingehame contains several of East Lothian’s finest Victorian farm steadings. Eastfield was the smallest farm on Whittingehame estate, originally owned by the Balfour family (the most famous of whom, Arthur Balfour, was Prime Minister from 1902-1905).

Built to replace the Home Farm, this early example of a quadrangular steading of the ‘improvement’ period was constructed in 1850 to a design from the office of William Burn and David Bryce, and rebuilt in 1880 to form a model steading under one roof - unique in Scotland.

There was also the dairyman's cottage and dairymaid's cottage, all combined within one building. The farm supplied the mansion house with milk, butter, eggs and meat, which at that time was slaughtered on the farm. It ceased to operate in 1990.

In about 2001, the steading was converted into two houses. The 1879 covered cattle court was removed, recreating the original courtyard space and making it into a garden.

Please note using this postcode with sat nav will send you to the wrong place. Coming from the north (A1 heading east, turn right to Traprain at East Linton; A1 heading west from Dunbar, turn left to Traprain at East Linton), enter the village and almost immediately take the very first turning on the left (not sat nav right) which is Eastfield Road.

Coming from the south (B6370 Gifford – Stenton) go through the village and take the last turning on the right. Eastfield Farm is on the right. You’ll see the chimney.

Free car parking inside the farm gate. If this fills up there is on-street parking in the village. Please leave time to walk. There will be a steward at the turn off in the village who will let you know.

Toilets:
One and two Portoloos available